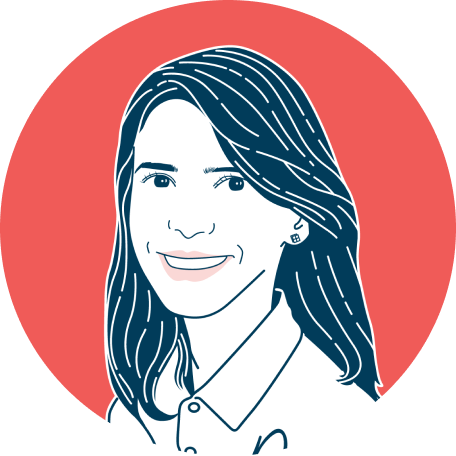 Let’s face it, pricing is just complicated. There are many variables, and the minute you think you’ve got everything figured out, something happens to change the game. And whether you’re just starting out of shifting gears as you grow or a mature technology behemoth, pricing is a high-pressure game as so much of your company’s success is riding on getting it right! Afterall, a product’s price point can make or break your business.

With all that in mind, we thought our audience might find it helpful to hear from some pricing experts. Luckily, two members of our Win/Loss Peer Forum agreed to join us for a Fireside Chat. They each have a lot of experience with monetization strategies.

Chris Kirsch is the CEO at Rumble, a new SaaS start-up that is providing a fast and comprehensive network discovery and asset inventory platform. Previously, Kirsch worked at Veracode and Rapid7, coming up through product marketing. He believes that even a small organization can learn a lot from well-managed pricing exercises.

Chris Mele started his career at Ernst & Young, and then launched an on-premise software company before joining Software Pricing Partners where he is now a Managing Partner. Mele views pricing as a practice that is both art and science.

In our conversation, these two shared some great insights, including thoughts on three of the most common pricing mistakes they see in the market.

The Element of Pricing

To establish the context of our conversation, we began by acknowledging that a lot more goes into a price than simply the amount you charge. In fact, as Kirsch explains, the price you charge is actually the last part of the equation. And to get to the right dollar amount, you have to do a good deal of up-front leg work.

Kirsch always starts by identifying the best pricing metric. “You need to nail that pricing metric,” he says. “Otherwise, you’re going to be unhappy because your customers are going to have trouble buying your product the way you’re selling it.” The second element of coming up with a viable price is figuring out how to package your offerings—which feature goes into which bundle and so forth. Only after you’ve thoroughly addressed those two questions can you decide on a price tag.

In general, a strategic pricing exercise is all about exploring how value aligns with price. “You need to think about how your customers are buying and what’s important to you,” says Kirsch. “And then find a metric that both sides can live with and that makes your sales motion easy.”

And then, because you always want to be looking ahead, you also want to consider how your chosen metric will scale with value. For instance, take a company that scans for security vulnerabilities. It may not make sense for them to charge the same amount for each engagement since each successive scan may find fewer new vulnerabilities, which translates into lower value. Or say you’re trying to sell to a consultant who only needs your product occasionally for short-term products, but you only offer an annual subscription. There’s a misalignment between how that person wants to buy and how you’re willing to sell.

🏝️ Mistake 1: Developing in a Vacuum

The first common mistake is assuming that pricing is something that can be handled by a small group within the organization. The truth is, pricing touches pretty much every part of your business. Some functional teams have more to do on the input side, others have responsibilities that kick in once pricing has been set. But across the board, everyone will have a part to play in either developing or rolling out new pricing.

Luckily, overcoming this misconception is fairly easy to rectify—you just need to make sure that you’re engaging your entire organization in the process from the start. It can be helpful to think about where various functions intersect with pricing:

Pricing really is a team effort, and it pays to involve everyone as early as possible so you can avoid any last-minute crises caused by one or more groups being caught unawares and having to scramble to catch up with the new reality.

“It’s no good to start thinking about pricing six weeks prior to a new feature release,” Kirsch says. “There are too many questions: can it be switched on and off, can it be measured separately, is it an add-on, how do you want to monetize it? You can lose a lot of value just slip-streaming stuff in without upselling to a higher edition or positioning the feature as an add-on.” Kirsch recommends partnering closely with the product management team, getting involved in the initial strategy sessions, and having the licensing and pricing discussions early.”

🔬Mistake 2: Focusing Too Much on Competitor Pricing

When you’re working on pricing, it can be hard to know where to start. According to our experts, the best sources of insights to inform your pricing are customer interviews, win/loss reports and interviews, and surveys. They also agree that focusing too much on what your competitors are doing is not only ineffective, it can actually be dangerous.

As Mele points out, it’s really difficult to get accurate competitive pricing. For starters, if you were to try to get pricing from a competitor’s salespeople, you’ll be dealing with two major roadblocks. First, there’s the U.S. Espionage Act and Federal Trade Secret Law, which includes hefty penalties for unethical mystery shopping. Second, even if you can find a way around that problem, the pricing you get from a company’s salespeople is not likely to truly represent what they are charging.

“Say you get a salesperson on the phone, and they tell you all about the packaging, but fail to mention that the deal included a bunch of services as well,” says Mele. “All those details influence the data points you’re getting back.” The point is that you really can’t know if the actual deals are heavily discounted or tailored in some other way that you’re not privy to.

Instead of tapping salespeople, Mele recommends getting pricing from your competitors’ customers because they will be a much more accurate source of truth. But even if you’re able to do that, it only gives you one more piece of the puzzle. You have to cast a wide net to collect enough information to get a clear picture.

Another strategy that Kirsch uses is to normalize all the variable factors to identify, on a broader scale, which competitors were or were perceived to be more or less expensive than Rumble. “The key question we asked was how a vendor’s pricing compared to a prospective client’s budget,” Kirsch explains. “By getting a sense of which vendors were on budget versus which were 10%, 20% or more over or under budget, we could find the sweet spot between undercharging and sticker shock.”

Ultimately, Mele points out that there’s only so much value in looking at competitors because your pricing is as important a part of how you differentiate yourself in the market as your product. “If you have two competitors simultaneously addressing their weaknesses, over time everything converges to the mean,” he says. “So, differentiating yourself by the way in which you get paid—your monetization strategy: the way you license, package, and price—is really important.”

There’s also the often overlooked fact that replicating someone else’s pricing strategy also replicates the inherent risk of that strategy. “We were all onboarded in a product market fit orientation. Pricing was never top of mind,” says Mele. “This means most of your competitors probably have not gotten professional help on their licensing, packaging, and pricing. Nine times out of ten, they’re working with a wonky, homegrown strategy that you really don’t want to copy.”

Pricing is more than a one-time (or occasional) project. It’s a discipline that requires ongoing, integrated practice. “You’re always going to be creating new features and capabilities and new value,” says Mele. “Software is not an asset in the same way a vehicle is an asset. In three months, software might deliver 10, 20, or 30% more value because of a new, game-changing feature or service.”

Back in the on-premise days, companies would charge for new feature sets as part of the annual maintenance conversation. Today, with SaaS, a lot of companies let those things slip into the maintenance stream, which means they end up giving away a lot of value for free. “Software monetization is on par with product management,” says Mele. “You need to design the product around its pricing and packaging. And you need a process for keeping pricing updated; understanding when to change pricing; and identifying which features to develop, which value to release, and where you should adjust pricing.”

Making pricing an ongoing practice instead of a one-time project helps you continuously rebalance the relationship between what you charge and the value you deliver as your product and user base evolve. It also ensures that you don’t leave money on the table.

Big opportunities can come from surprisingly small changes. Mele recalls an example from his on-premise days when a client asked for a user-defined field to track a serial number. That simple request uncovered a need that allowed us to sell to an entirely new market segment, and the solution—which involved giving users the ability to build out customizable fields that integrated into the workflow engine—was ultimately released free to the entire user base. “I remember thinking to myself, ‘Holy cow, we could have charged a significant amount for that capability,’” Mele says. “And we completely missed that opportunity. We gave it away, and I don’t want to think about how much money we missed out on.” It’s a cautionary tale to be sure.

For more inspiration, listen to the Blindspots episode on Exploring an Impactful Monetization Practice featuring Chris Mele, Managing Director of Software Pricing Partners, who offers great insights about what goes into developing an effective pricing and packaging structure that will help you achieve real value.

Fill out the form below 👇 to get the latest win/loss and churn analysis insights delivered straight to your inbox.
Share

Want to see  DoubleCheck in action?

Want to see Doublecheck in Action?

Let's do it. Tell us a bit about yourself and we'll set up a time to wow you.