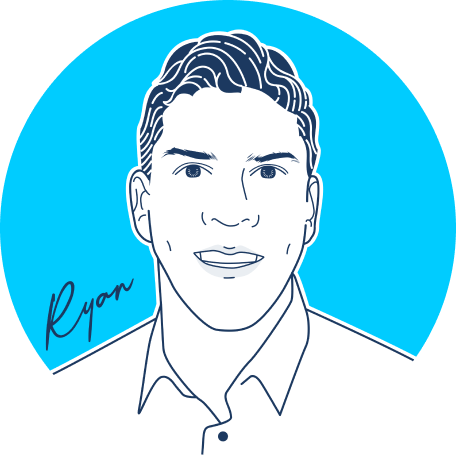 If you’re a salesperson, you get punched in the face five times a day. So says Jason Smith, Founder of Klue. And, if you’re a product marketer, an important part of your job is unearthing the competitive nuggets that will help your sales team deflect and counter those bruising blows.

The truth is, most companies struggle to keep track of information within their own organizations. So, what hope do they have to effectively stay on top of what’s happening with their competitors? In our work building and executing win/loss programs, we find that companies consistently score low on their knowledge about the competition. It’s a real problem.

I had the chance to speak with Jason about just this issue for our Blindspots Podcast. In addition to founding Klue, an AI-powered Competitive Enablement platform, Jason has launched four other startups (a track record that won him some prestigious entrepreneur awards). As a side note, he is also a self-proclaimed glutton for punishment who once went cage diving with enormous crocodiles. But that’s a story for another day.

Jason founded Klue after experiencing a lack of CI first hand—ironically at a company offering customer intelligence. “I would be on calls, and extremely educated prospects would correct my salespeople about what a competitor could and couldn’t do,” he recalls. “It was a moment of insecurity for the whole sales team. You look like an idiot, and the trust is broken.” Jason tackled the problem head on, crafting an internal solution using Yammer and a Wiki. Even though it was clunky, it worked great for two weeks. Then, the information became outdated, and salespeople stopped using it.

The aha moment behind Klue’s genesis was when Jason started thinking about combining both external and internal intelligence in a more automated way—like Crunchbase or Google Alerts on steroids. Six years later, it’s clear the idea was a winner. I was excited to have the chance to talk with Jason about what goes into a modern, best-in-class competitive enablement effort. He had a lot of great insights to share, as well as some actionable tips.

The Ongoing Evolution of Competitive Intelligence within an Organization

Before we dive in, let’s look at where CI lives. Historically, competitive intelligence has been grouped with analysts and tactical teams on the librarian end of the spectrum. But today, CI tends to live (and thrive) in product marketing. In fact, 80 to 90% of Klue’s clients are product marketers.

This placement makes sense because product marketers, as the connective tissue between different teams, are typically the folks who are best at producing sales-ready, product-ready, and marketing-ready content. They are excellent arbiters of raw intelligence. They are the team best able to grasp insights and—more importantly—synthesize those insights into actionable information for the rest of the team.

In addition, product marketers actively take responsibility if other teams aren’t using the CI they’ve provided. The hard truth is that sales is one of the hardest audiences to reach. To successfully engage and activate the sales team, product marketers know they need to get really good at formatting, marketing, and distributing competitive intelligence in a way that makes it an essential part of sales’ tool kit.

Klue has seen thousands of battle cards and hundreds of compete programs. They’ve seen success, and they’ve seen failure. As a result, they know what good competitive intelligence looks like. Their expertise is based on facts and data, not opinions. Jason shared a number of foundational tips for building a best-in-class competitive enablement effort.

Ultimately, the goal of providing great CI is creating great salespeople. Great salespeople are calm, cool, and collected. They have the answers—the competitive intelligence—and they deliver it in an advantageous way. Less experienced salespeople, on the other hand, tend to panic and resort to flinging knives with negative accusations meant to take the competition out at the knees. Pro tip: This doesn’t work.

To enable great salespeople, you need to have a smart strategy for presenting competitive intelligence in a way that encourages and facilitates effective sales engagement with the content. In other words, your CI needs to be delivered in sales’ native language. You need to put yourself in their shoes and provide them not only with the facts, but with the hooks and angles to deliver those facts in a way that gets the results they want.

In addition to speaking the right language, you also need to organize your content to align with the natural flow of the conversation. For example, say you pull up a battle card on a competitor, the elements should be organized to follow the logical progression of the interaction:

Element 1: Has the prospect spoken to a competitor?

The words a prospect uses can indicate whether they’ve spoken with a competitor, and even which competitor. If you know which terms to listen for, you can assess your position more accurately. “Are they saying words like tile instead of card, or engine instead of platform?” Jason offers as an example.

Element 3: How do you defend against that offense?

And then the logical next step is to have a rebuttal to defend against those specific attacks, a reframing to reposition your pitch, and follow-up questions to steer the conversation in a positive direction.

Salespeople are busy. New hires might have the patience to read through all kinds of material while they’re in training mode; but once someone has been on the team a while, they want short, accessible, and highly relevant content. They don’t need a whole press release, and they definitely don’t want a fat presentation deck they have to sift through for answers.

Salespeople want the sound bite that matters in the context of the conversation.

For example, instead of distributing a press release, pull out the individual element that sales will need in a specific scenario—something like, “Interesting, that competitor X is going down this path. It looks like they might not be approaching enterprises the same way that our company is. They're not SOC 2 compliant. And they seem like they're offering a SMB tier. It all depends on where you want to take your business. If you want to align with a more enterprise-oriented vendor or not."

That kind of detailed and specific information addresses a relevant concern, shows you’re up-to-date on exactly what’s happening, exposes a potential weakness in the competitor, and pivots the conversation back to the prospect’s needs and how your company is better suited to meeting those needs. That’s sales gold.

📣 Pay attention to the delivery.

With all that at stake, every detail matters. Truth is, most teams don’t lose deals by a massive percentage. It’s usually small things that tip the scales. In addition to making sure your intelligence is highly relevant and succinct, you need to pay attention to how you deliver it. “Salespeople need to be able to just click a button in their browser—in Klue’s case, it’s a browser extension,” Jason explains. “With one click, they need to be able to access the latest news about competitor X, or a comparison between that competitor and their own solution. You have to have the right digestible content, and then you have to make it super easy to access.”

In essence, the salesperson’s user experience with the CI is almost as important as the intelligence itself.

Getting Started—Make the Right Choices Early

The good news is it’s easier than you might think to get started building a successful competitive enablement effort. In Jason’s experience, companies usually get the ball rolling when an organization hits 200 to 300 people. And that initial effort typically begins with a product marketer who might make CI their entire focus, or who might take it on along with existing responsibilities.

For anyone diving into this arena, there are a lot of free resources you can use, like setting up a Google news alert to capture breaking stories about your competition. Every once in a while, that kind of net might catch a sales or webinar deck that can be useful.

Klue also has a lot of their own free resources, including proven templates for battle cards and tips for hacking your own competitive intelligence structure.

Jason also recommends thinking early on about how you’re going to scale your efforts. “Don’t just look at platforms as tools to make you more efficient,” he says. “Look at them through the lens of how they can have an impact on revenue. The biggest gap in a new product marketer’s ability to make the right call is not heeding the higher calling to move revenue, and settling for just saving time.”

To learn more, and hear additional insights from Jason, tune in to the full episode by clicking on the player at the top of this page.

Want to see  DoubleCheck in action?

Want to see Doublecheck in Action?

Let's do it. Tell us a bit about yourself and we'll set up a time to wow you.